El Club de Investigación Tecnológica organizes monthly meetings for its corporate members and publishes articles about the state of tech in Costa Rica. The old site was not responsive, and it used a now defunct CMS. 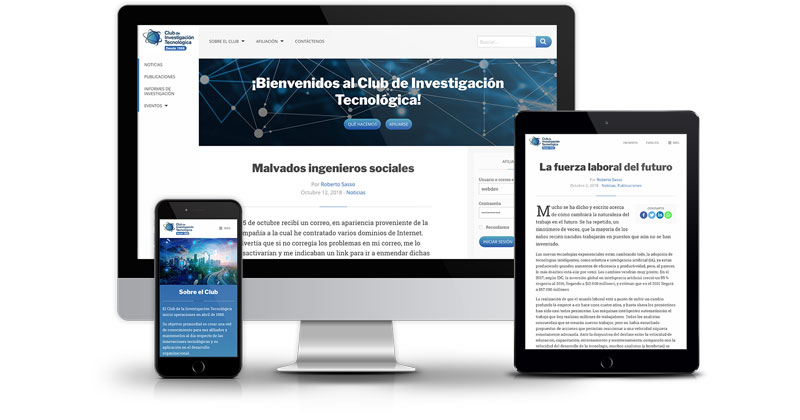 This project’s biggest challenge was migrating the content to WordPress, which would be used moving forward. I wrote scripts to extract the content from the database and convert it to XML, so it could be imported to the new WordPress database. Along the way, I found many instance of articles with no references to date or author (probably due to a poor migration at some point in past), and all of those issues had to be checked and fixed moving forward.

The old web site also had sections that were no longer really used, so revising the information architecture was in order. 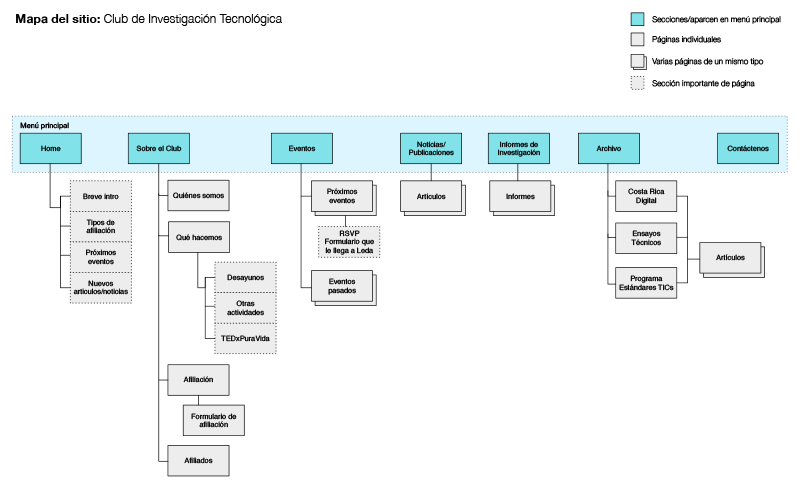 As I mentioned before, the old website was not responsive, nor was it particularly enjoyable to read articles on it even on a desktop computer. My main focus was on designing a website where reading articles would be a pleasant experience, and I chose the new font accordingly: slab serif, so it would have great readability while not seeming archaic. The client and I also decided that a redesign of the logo was in order, so I coordinated with a graphic designer to do so.

Additionally, I reorganized and designed the informational sections of the site so the different types of memberships would be clearer. Along with that, I extended WordPress’ functionalities to accommodate a membership site, allowing people to sign up for different memberships and edit their user profile from the front-end, and allowing site admins to approve and manage members.

Development on the site is ongoing, and currently I am developing a way to make it easier for corporate members to RSVP attendance to monthly events.

I’m Matilde Rosero.
I design and I code.

Have a cool project and need a web designer? Let's get in touch!